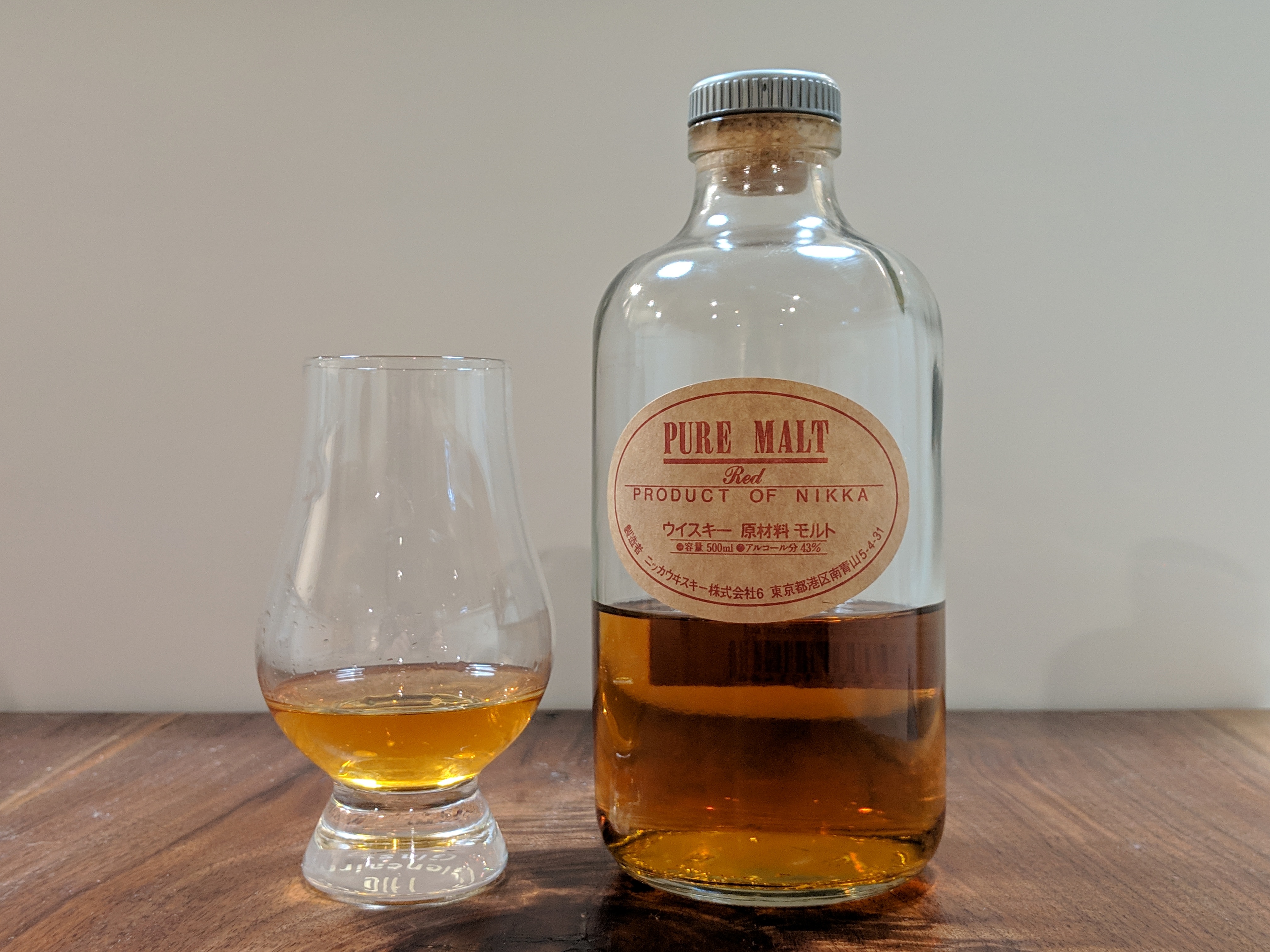 Last July, my wife and I were in Paris getting ready to tie the knot. We were there with a group of close family and friends, and looking forward to enjoying one of our favorite cities with some of our favorite people. Mission number one after we arrived was to stock our beautiful hotel patio with plenty of wine and whiskey for guests. I happily accepted this task (it seemed a good bet this would be the easiest item on my wife’s to-do list), and my brother-in-law and I dutifully ventured out in search of the essentials: a box of Cuban cigars, and a good bottle of whiskey.

The cigars were quickly located — in a cigar store on the Rue St. Germain, I procured a box of Montecristo Petit Edmundos. The second item was a little harder to find. That is, until we stumbled across a small shop called La Maison du Whiskey. At first glance it looked average, with a wide enough selection of spirits to justify the name… but then a salesperson mentioned the basement. As we walked down the stairs, it was like walking into the storeroom in the last scene of Raiders of the Lost Ark. Whiskey as far as the eye could see, with every imaginable type represented.

When I described what I was looking for (to be fair, I wasn’t incredibly picky – I just wanted something smooth and delicious) the shop keeper immediately handed me a bottle of Nikka Pure Malt Red.

We weren’t entirely sure what to think of this Japanese whiskey but we’re adventurous enough to give it a try based solely on the recommendation of the shop. Turns out, I had found my favorite whiskey — and I say that with no hyperbole. We went through the entire bottle that week, and when I returned to Paris the following year, I made sure that one of the stops on our visit took us back to The House of Whiskey to stock up on three more bottles.

The Nikka Whisky Distilling Co. can trace its roots back to 1918, when founder Masataka Taketsuru traveled to Scotland to learn the secrets of scotch whisky production. Born into a family of sake brewers, he was determined to bring the art of making a “genuine” whiskey to Japan and so struck out alone travelling halfway across the globe to learn from the people who started it all. He spent the next two years studying at the University of Glasgow and the Hazelburn distillery where he filled two notebooks with his notes on every aspect of the Scottish distilling process, notebooks that would form the guide for making Japan’s first locally produced whiskey.

While in Scotland he fell in love with Rita Cowan, the daughter of a local doctor in Glasgow, and they married and returned to Japan together in 1920. Upon his return, Taketsuru learned that the company who had sponsored his research trip to Scotland had been forced to close due to the recession following World War I, so he joined a company that would later go on to become the Japanese distillery powerhouse Suntory and helped them produce Japan’s first whiskey.

When his ten year contract expired in 1934, he decided to strike out on his own, forming the “Great Japanese Juice Company” and setting up a distillery in Yoichi, Hokkaido. The first distillation took place following the installation of a custom copper pot and still in 1936, and their first product launched in 1940 under a shortened English translation of the company name, “NIKKA WHISKY.”

Nikka expanded their production to a second facility in Miyagikyo in 1969 to expand on the varieties of spirits that the original distillery was producing. It remains a privately owned company in Japan to this day.

The Pure Malt Red is a whiskey (or “whisky” using the Scottish spelling as Nikka likes to do) that uses a blend of malt whiskies produced by their two plants in Yoichi and Miyagikyo.

There’s not a whole lot of information about this specific product. It seems like it’s part of a line of whiskies produced by Nikka all with different characteristics, including names like “Black,” “White,” “Red” (this one), and “All.” The Black version, for example, actually mixes in some authentic scotch whiskey into the final product in addition to the Japanese spirit. In this case all we know is that what’s in the bottle is a combination of malt whiskeys from their two plants. No idea on which grains are used (other than “malted,” so either the common barley or the more locally available rice perhaps), what it’s aged in, or for how long.

The packaging is fantastic, in my opinion.

The bottle is a short, round, straight-walled item with a very short neck. It has an old world charm to it — I can absolutely see it sitting on a store shelf in the 1920s when Masataka Taketsuru was first learning his craft. Almost like a medicine bottle at an old fashioned pharmacist’s store.

Labeling on the package is about as minimal as can be. There’s a single oval shaped brown paper label on the front of the bottle with the relevant information of manufacture and some additional regulatory information on another label on the back, but otherwise the bottle is clear and lets the color of the liquid within come through clearly.

The bottle is topped with a cork stopper with a plastic cap.

First and foremost there’s a distinctive ethanol smell coming off the glass, but once that mellows out a bit there’s a whole world waiting under the surface. The whiskey has a fruity and almost floral smell with some nuttiness underneath.

For me this whiskey was love at first sip. There’s not really any burn or bitterness to the alcohol, it’s buttery smooth and rich from start to finish. The flavors are amazing — that floral and fruity taste is delicate and intricate and absolutely delicious.

What’s really amazing is that there is no tartness or bite to the alcohol. It’s smooth as-is, no additions needed.

Typically there’s a little tartness or bite that needs to be taken out of the spirit, but in this case it’s perfect on its own. All the ice is doing is making things worse. It does help reduce the ethanol smell that initially comes off the glass, but that dissipates all on its own if you give it enough time.

As the ice cools and turns into a liquid the flavors of the spirit are diluted with it as well. The problem with delicate and subtle flavors is that they can disappear very quickly if mishandled, and the spirit in this case is simply perfect as it comes straight out of the bottle.

No. Put the bitters down. This is a spirit that is meant to be enjoyed neat or on ice (if you must), adding anything beyond that is simply ruining the flavors.

Once the bitters are in the glass the delicate and soft notes of the whiskey disappear under the overpowering flavor of the additive. Bitters are a good way to improve a cheap alcohol, but with a good alcohol it’s all you will taste.

If you’re even thinking about doing this, stop, put down the Nikka, and go evaluate your life choices. I honestly refused to even test this with my precious Nikka. Putting it in an Old Fashioned was crime enough; I couldn’t bring myself to taint this with ginger beer too.

I’m usually a bourbon kind of guy, with bold flavors that can make themselves known even through a 1:1 mix of ginger beer. In this case it’s almost more like a traditional scotch, intended for sipping and enjoying all on its own. Which, given the history of the company, makes perfect sense.

Judging it as a scotch, it’s a damn fine example. With delicate floral and fruity flavors and a lack of tartness or bitterness, it’s the perfect companion to an afternoon on the porch. It does lack any of the traditional peat inspired tones of the more traditional scotch varieties, but in this case I think it works all on its own.