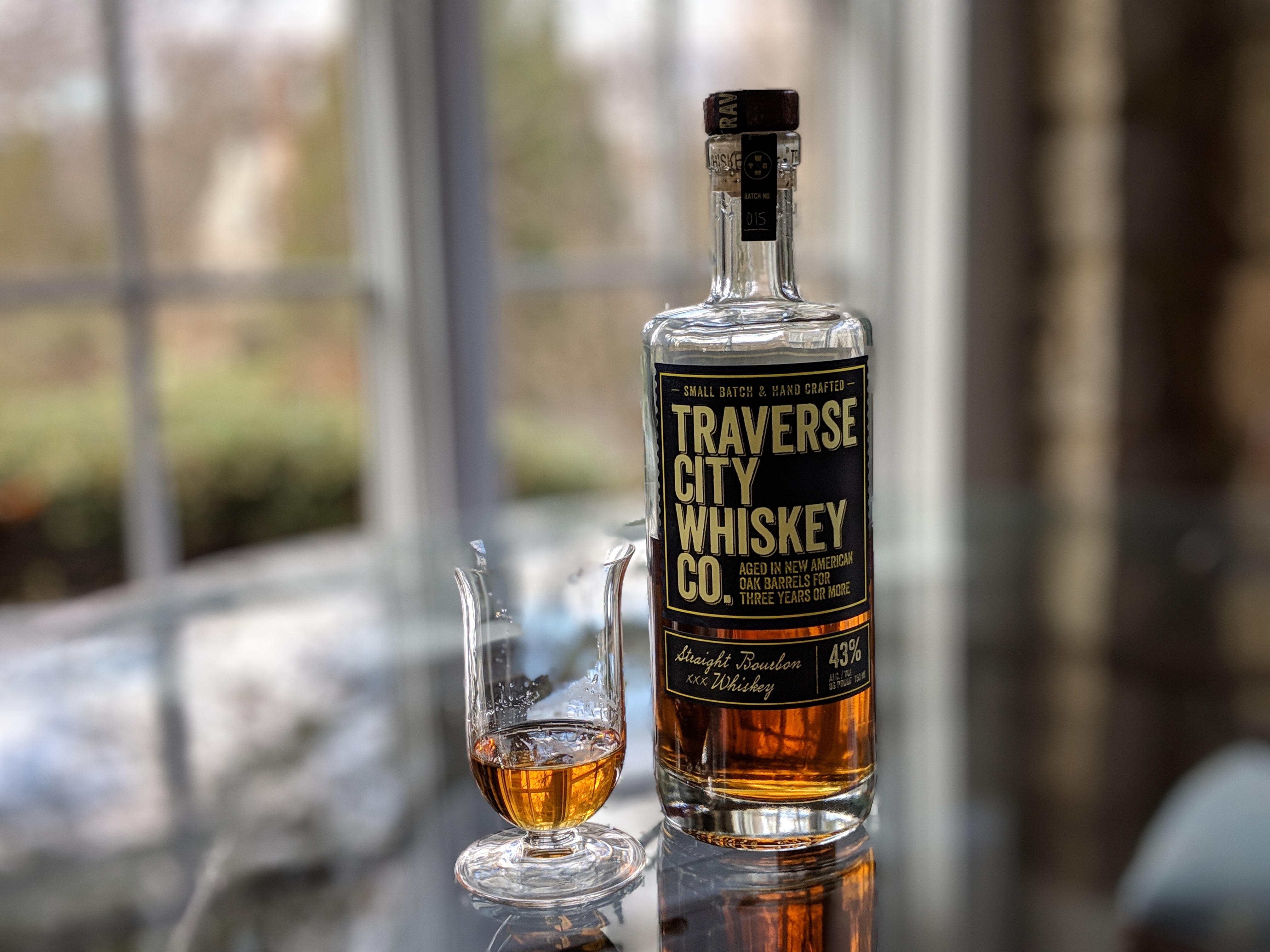 Thanksgiving is a time for family to come together from across the country, share their experiences, and catch up on what they missed during the year. This Thanksgiving, one of my relatives brought a little gift from their corner of the US: a bottle of bourbon from their local distillery.

The whiskey company was started in 2010 when founder Chris Fredrickson’s father discovered a whiskey recipe that his great grandfather patented during the prohibition era. Driven by a love of good whiskey, Chris and his college Moti Goldring decided to start his own distilling company and try to restart the lost family business.

Since the new distillery opened the business has expanded rapidly with their products available in most states and they just this year announced plans to purchase an additional building and expand their production even further. The business remains privately owned by the original founders to this day.

The grain bill for this specific spirit is rather vague, only noting that it includes corn, rye, and malted barley. As a straight bourbon whiskey, the rules dictate that at least 51% of the grain bill needs to be corn, but as we see with others like Bulleit Bourbon, a little change in the remainder of the grain bill can have a huge impact.

Another requirement of their labeling, specifically the “bourbon” statement, means that the spirit needs to be aged for a minimum of two years in new charred white oak barrels. The website claims that their product is aged for four years, but the bottle I enjoyed only claimed three years of age. I’m guessing that this difference in age is the demarcation line between the older, MGP produced version and the newer blended version that incorporates the locally produced spirit, but that’s just an educated guess.

At 43% ABV, the bourbon is on the higher side of alcohol content which should add some weight to the spirit when it comes to mouth feel.

We’ve seen this same formula again and again in craft spirits. The straight walled round bottle, the high squared shoulder, even the rustic white lettering on a black label isn’t new. But while it might not be groundbreaking, it works and it’s copied for a reason. The bottle and the label are visually appealing, giving off the appearance of a craft distilled spirit and letting the delicious amber coloring of the spirit shine through the bottle.

The bottle is topped off with a cork and wooden cap, which is a touch I appreciate. Too many bottles are topped by plastic caps when a wooden one isn’t that much more expensive and improves the experience immensely.

The first impression I get from the spirit is a strong smell of brown sugar. That sweet spicy flavor is a hallmark of a good bourbon and this has it in spades. Behind that sweetness is a bit of complexity that seems to be provided by the charred oak barrels.

The spirit has a bit of weight to it thanks to that slightly higher alcohol content than normal (again, this bad boy is 43% ABV). As soon as it hits your tongue, you can feel a warmth spreading throughout your mouth, which I imagine is a great benefit in the frigid norther reaches of the United States.

The initial flavors I get are probably best compared to a Werther’s Original. There’s a caramel toffee flavor that is very present, with some undertones of vanilla. Some people have commented that they get a bit of cinnamon as well but I couldn’t detect it myself. The flavors are bold and make their presence known, but aren’t so powerful that they are unpleasant. It’s exactly what you hope and expect from an American bourbon.

Once the taste has dissipated and the liquid has left your mouth there’s a slight bitterness left behind. It’s not enough to discourage you from the next sip but it is noticeable.

With a little ice, the flavors are slightly attenuated but still definitely present. The harder edges of the flavors have disappeared (along with the slight bitterness at the end of the sip) but the sweet vanilla and caramel remains.

After tasting it both ways, I think this is a spirit that I’d actually recommend on ice over neat. You don’t lose any of the complexity or flavor when adding the ice but you knock out the bitter aftertaste that can leave a bad impression. It’s every bit as delicious.

Once the orange bitters are added the intrinsic flavors of the spirit fall into the background.  The caramel and vanilla flavors were already more subtle and delicate than other spirits after adding the ice to the mix, and the bitters absolutely destroy whatever remains. All I taste is bitters.

For those looking for a good spirit for their Old Fashioned, try playing with the ratio of bitters to spirit. It might just be that I didn’t pour enough spirit to counteract the bitters and your mileage may vary. Ideally, the bitters will add a bit of complexity to the spirit and make for a more well rounded sippable drink, but in this case it just didn’t work for me.

In a 1:1 mix, the sweet vanilla notes in the spirit provide the perfect counter balance to the tangy ginger beer. It’s a perfectly balanced drink that is delicious and refreshing.

Compared to my reference bourbon (Bulleit) I think this does a superior job in a mixed drink. There’s a richness and a depth to the flavors that you don’t get with Bulleit. Is this my new mule base? You’re damn right it is.

This is a strange one. Normally spirits that don’t do so hot in the old fashioned version aren’t a good fit in the mule, but here we are. The spirit is bold enough to complement the ginger beer but delicate enough to be sippable on its own.

What I don’t necessarily like is the mixture of the locally distilled spirit with the mass produced version. I’m not a single barrel snob — I can enjoy a good blend like a Monkey Shoulder just as much as a single barrel offering. But when I’m looking for craft spirits, I’m looking for a 100% locally produced item. Until I’m able to confirm that this is now 100% locally produced, I’m knocking off half a star.


Overall Rating: 3.5/5
Absolutely worth the price. And maybe a trip to Traverse City.