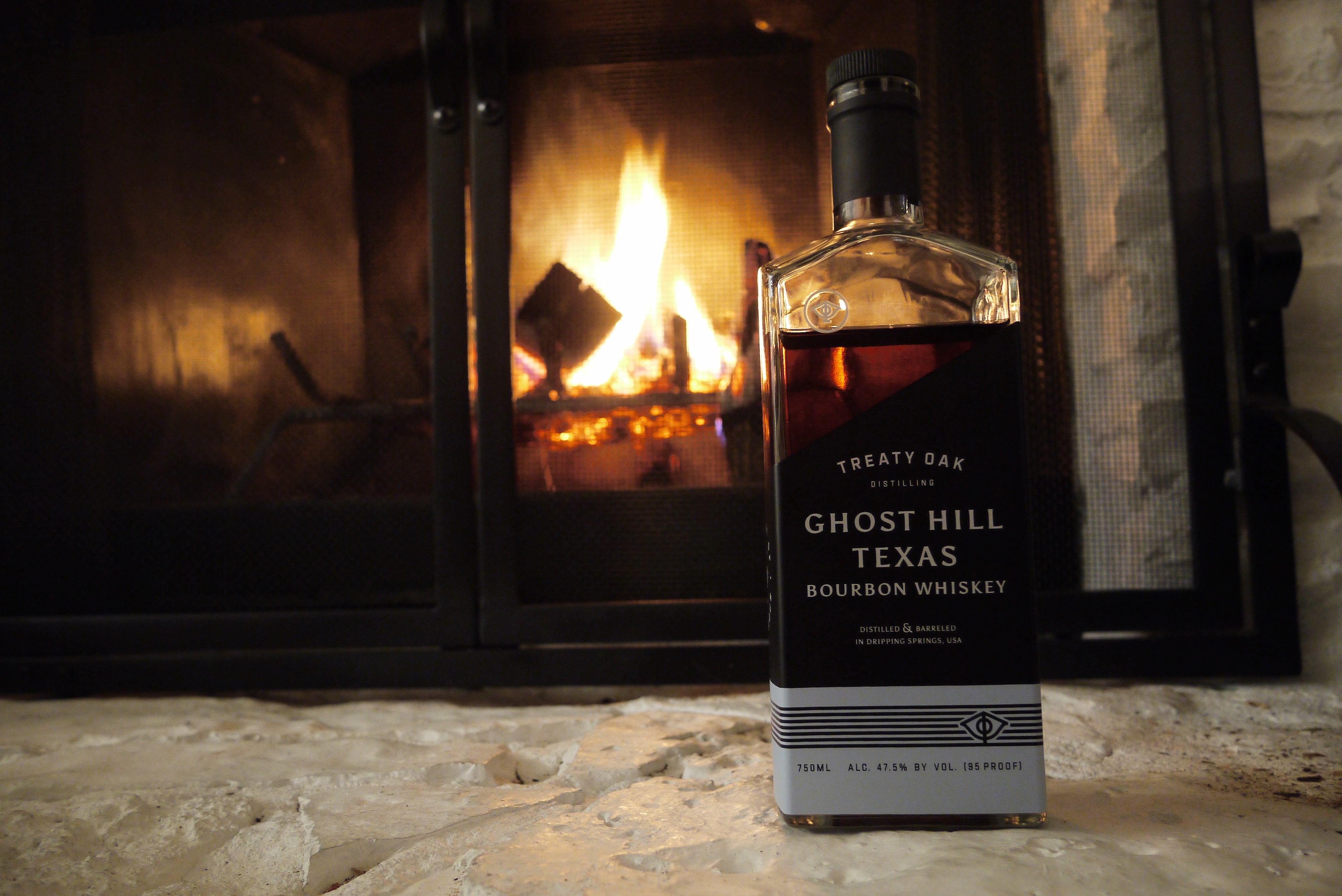 The Texas Hill Country (an area south and west of Austin, for those not familiar with Texas geography) is full of more amazing craft breweries, distilleries, and wineries than you can shake a stick at. One of the oldest distilleries in the area is Treaty Oak Distillery, and after years of producing gin and rum they’ve finally put out their own bourbon: the Ghost Hill Bourbon.

The fourth oldest distillery currently operating in Texas, Treaty Oak Distillery was opened in 2006 by Daniel Barnes. Born in West Texas and a sommelier by trade, Barnes and his co-founder / father-in-law Bruce Graham decided (over a glass or two of whiskey) to open a distillery in the Austin, Texas area.

Named after the infamous oak tree under which Stephen Austin signed the document detailing the borders of the Republic of Texas, the distillery was founded just south of the city of Austin in Dripping Springs. Like many other craft distilleries, the Treaty Oak Distillery started with spirits that didn’t require aging like rum and gin, but they recently expanded their facility to allow for the production of aged spirits.

Treaty Oak says that they try to emphasize locally sourced ingredients, including the grain and citrus used in their spirits.

Made with locally produced grains and locally distilled in Dripping Springs, the Treaty Oak Ghost Hill Bourbon is named after the ranch on which the distillery is located.

As a bourbon, over 50% of the grain bill in the mash for this spirit is made from locally grown corn with the remainder coming from wheat and malted barley. Once distilled the spirit is aged for two years in charred white oak barrels that are manufactured in Louisville, Kentucky.

The folks at Treaty Oak spared no expense when it comes to the packaging, and as a result this bottle really stands out on the shelf.

Starting with a squared off body, the bottle is tall and thin with straight walls. A sharp yet rounded shoulder transitions to a short round neck. The bottle is topped with a plastic cork, which seems like a bit of a cheap-out for such an otherwise striking bottle.

The label isn’t paper, instead it feels like a plastic sticker that’s affixed to the bottle. I’m not complaining- it actually feels higher quality than the usual labels. The design is as striking as the bottle, with a slanted top and minimalist aesthetic. The lettering on the bottle is white on an otherwise black background, and which can appear to blend into the deep color of the spirit in the bottle.

It smells rich and delicious, and there are sweet caramel notes mixed with a bit of vanilla. There’s also a warmth that comes half from the alcohol content and half from the oak barrels.

The higher alcohol content in the bourbon means there’s a silky and full bodied feel to the liquid in your mouth. The flavor is sneaky — at first there’s no flavor to the liquid, just a warmth. Then, very slowly, it creeps up on you from the sides of your taste buds.

The aroma might be sweet caramel, but the taste doesn’t continue that sweetness. Instead, mixed in with the general caramel taste, there’s a touch of bitterness and an oak flavor wafting in the background. The finish leaves a bit of a tingle on the tongue. It seems to me like the alcohol content might be just a little too high, overpowering the flavors of the rest of the spirit.

Here we go – with the addition of some ice, the bitterness of the alcohol is toned down and the flavors can really come through.

As the ice cube melts the sweeter flavors become more washed out, leaving behind the richer and deeper flavors of charred oak. For those who like a bolder flavor, adding a splash of water might be a great idea.

The bourbon isn’t really strong enough flavored to overcome the bitters and the orange. Instead of a well balanced drink, what you end up with is basically a glass of bitter liquid with very few redeeming qualities. Inebriation being principal among those, I suppose.

You might be able to rescue it by reducing the proportion of bitters from the traditional two dashes to a single dash or less. Adding sugar will reduce the bitterness, but won’t restore the flavors of the spirit.

Just like with the old fashioned, there isn’t much “there” there. The flavor of the ginger beer washes away anything that the Treaty Oak Ghost Hill Bourbon Whiskey could add to the concoction.

This is where the lack of rye in the grain bill really stands out. Without the added bold flavor of the rye, there’s nothing to punch through the ginger beer.

The spirit is a good mild choice on the rocks, but in any other form it doesn’t have the flavor to stand up to the competition. I’d love to see what this would look like with a little more age, something that would tone down the alcohol and impart a richer flavor from the barrels. At that point I feel like we might have something worth talking about.


Overall Rating: 2.5/5
All flash and no substance. It’s not bad, it just doesn’t seem to have lived up to its potential.